Conferment ceremony of the Order of the Rising Sun, Gold and Silver Rays to Ms. Kazuko D’Orangeville (August 15, 2021) 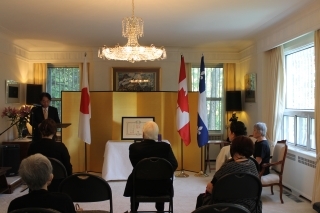 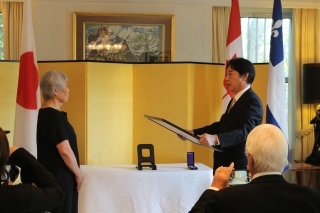 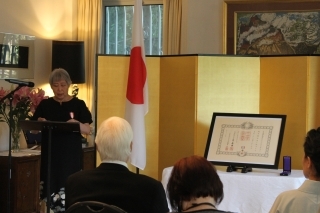 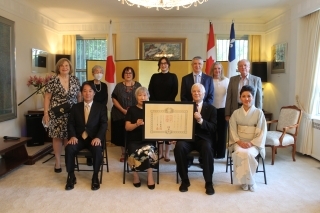 On August 15, during a ceremony at the official residence of the Consul General, Ms. Kazuko D’Orangeville was awarded the Order of the Rising Sun, Gold and Silver Rays, by Consul General Izawa. During her long years of service at the heart of the Montreal Chapter of Ikebana International as a member and as a committee executive, Ms. D’Orangeville greatly contributed to helping Japanese flower art flourish through her beautiful bouquet of courses, exhibits, and demonstrations, sowing an interest in Ikebana that has now taken root in the region. The Consulate General of Japan in Montreal bears witness to the achievements of Ms. D’Orangeville with its sincere congratulations.