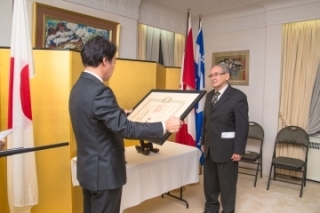 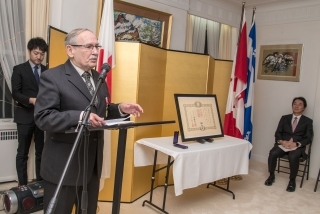 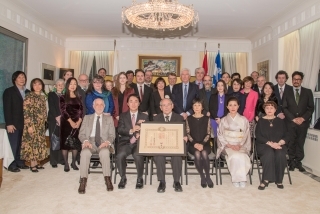 On March 5, during a ceremony at the official residence of the Consul General, Former Delegate General of Quebec in Tokyo Jean Dorion was awarded the Order of the Rising Sun, Gold Rays with Rosette. As Delegate General of Quebec in Tokyo, Mr. Jean Dorion not only greatly contributed to the promotion of Japan-Quebec political, economic, and cultural exchanges, but also endeavored over several years as a Member of Parliament to develop relations with Japan. The Consulate General of Japan congratulates Mr. Dorion for this honorable achievement.