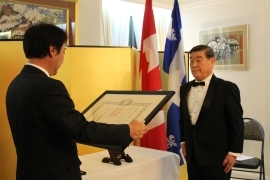 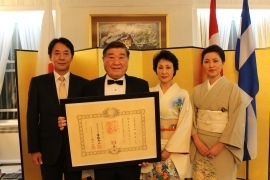 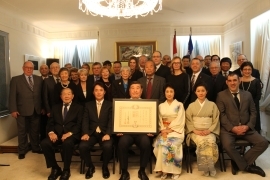 On January 31 was held at the Residence of Consul General Izawa the official conferment ceremony of the Order of the Rising Sun, Silver Rays onto Mr. Hiroshi Nakamura. Mr. Nakamura has contributed in many ways to the development of Judo in Canada, from as far back as the 1960’s, a time when the sport was almost inexistent in Quebec. Through the many roles he took on during his career, such as Head Coach to the Judo Canada National Team, he has guided countless athletes at the Olympics and other international competitions. In light of this, the Consulate once more offers Mr. Nakamura its deepest respect and gratitude for his numerous accomplishments throughout the years, as well as its congratulations.