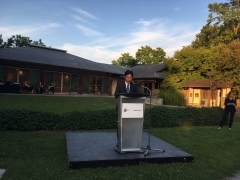 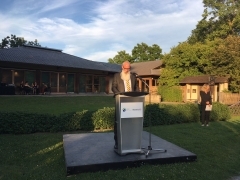 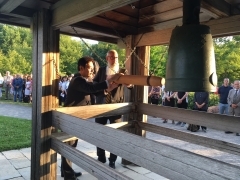 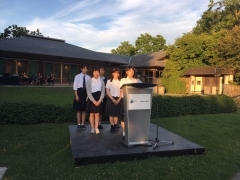 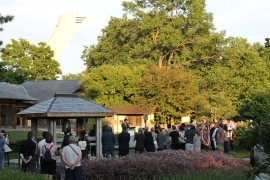 On the evening of August 5, to coincide with the moment the atomic bomb was dropped on Hiroshima (in 1945) on the morning of August 6 (Japan Time), the City of Montreal held its Hiroshima Memorial Peace Ceremony. Consul General Izawa and Mr. Sterling Downey, City Councillor and Deputy Mayor, rang the Peace Bell—which was gifted to Montreal by Hiroshima on the occasion of their twinning—in honor of the victims of the atomic bomb. Hiroshima students visiting Montreal and attending the event also shared their message of peace with Montrealers. Montreal and Hiroshima are sister cities since 1998.