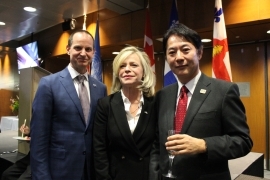 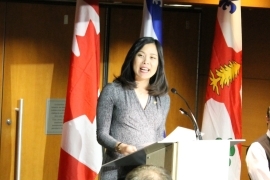 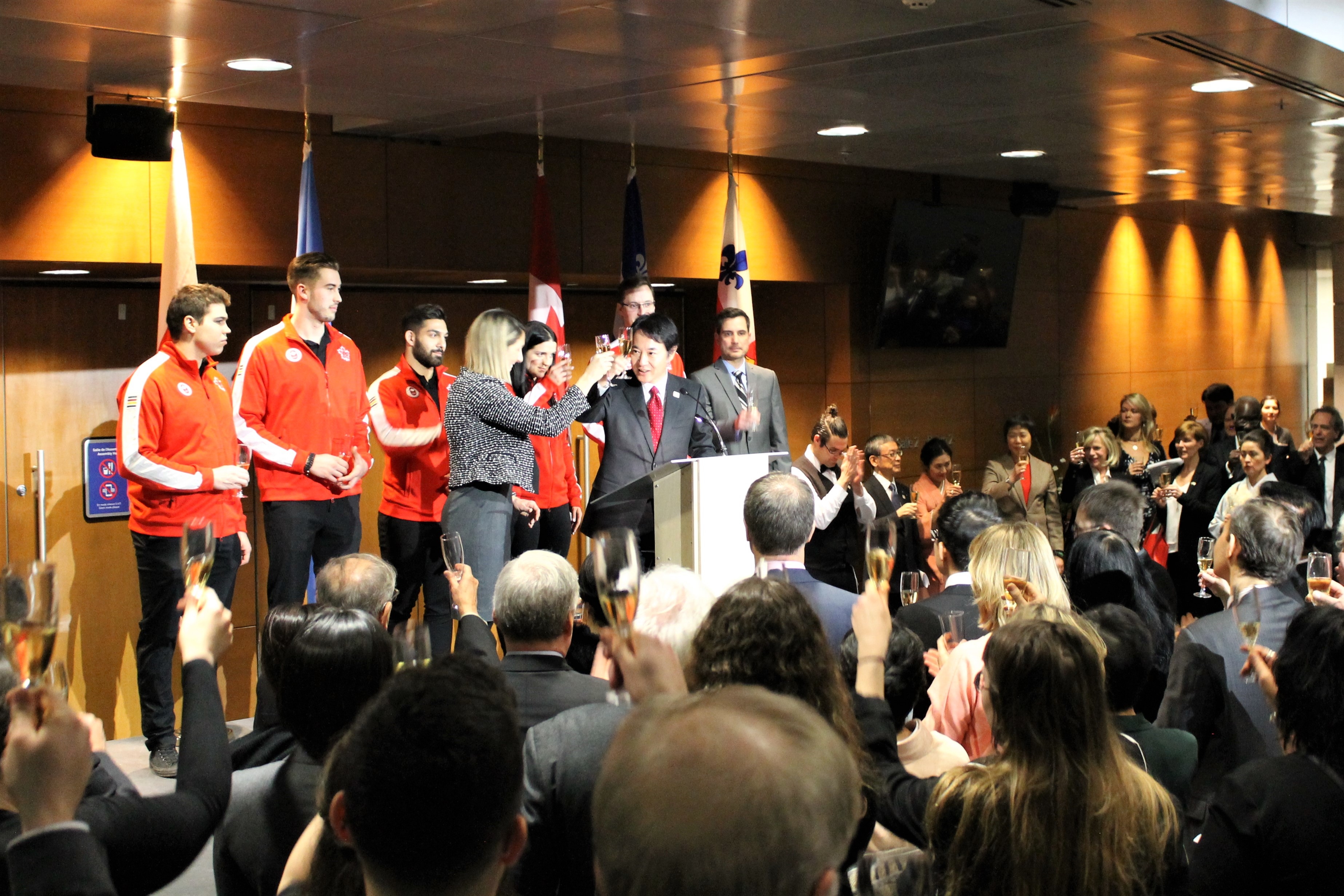 On February 21, the National Day Reception on the Occasion of His Majesty the Emperor of Japan's Birthday, co-organized by the Consulate General of Japan in Montreal and the Delegation of Japan to the International Civil Aviation Organization (ICAO) was held. Welcome speeches provided by representatives of ICAO, the Government of Quebec, and the City of Montreal were followed by salutations from the Canadian Olympic Committee, as well as warm greetings from Canadian athletes currently preparing for the Tokyo Games. During the reception, resident diplomatic chefs from the Consulate and the Delegation of Japan gave sushi demonstrations, and Japanese sake tasting stations, as well as a Tokyo Olympics kiosk and other spaces featuring several Japanese collaborators, provided guests with the opportunity to learn more about Japan!

Quebec Government Representatives Ms. Caroline Proulx, Minister of Tourism, and Mr. Eric Girard, Minister of Finance, were in attendance at the Reception on the Occasion of His Majesty the Emperor of Japan's Birthday. During her speech, Minister Proulx highlighted the positive relationship uniting Japan and Quebec, and summarized various upcoming initiatives which will soon contribute to the development of said relationship, as well as the anticipated momentum expected to carry over through 2020. Minister Proulx completed a mission to Japan in July of last year with the goal of strengthening bilateral tourism. After the opening ceremony, both ministers toured the kiosks of Japanese companies in the Quebec business scene, including Mitsubishi Heavy Industries, Shimadzu, and CyberConnect2, in order to learn more about their activities and their presence in Quebec.

City of Montreal Representatives Ms. Cathy Wong, President of the Municipal Council, and Mr. Sterling Downey, Deputy Mayor, were in attendance at the Reception on the Occasion of His Majesty the Emperor of Japan's Birthday. President Wong had previously participated in the Kakehashi Project in October 2019, during which she visited Tokyo and Hiroshima, Montreal's Sister City. In her speech, she highlighted this experience, as well as the favorable development of bilateral relations between Japan and Montreal. The reception also granted her the opportunity to visit Japanese company booths, and to taste authentic Japanese sushi, tempura, and other delicacies.